WELCOME CANDY CAINE AND HER NOVEL DANCING FOR DOLLARS. 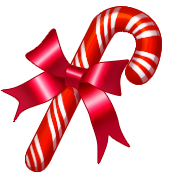 What made you want to write?
The day I consciously decided to write is a day that has gone down in infamy in our family annals. That's the day I woke up and told my husband that I was going to write picture book. He looked at me for a beat and then burst out laughing. When he finally stopped laughing, tears streaming down the sides of his face, he asked, "Did you fall out of bed and bang your head last night?" Well I wrote for children for a while after that initial writing debut, but as time passed, my stories matured, I of course didn’t. I realized that I was writing stories for older kids. Eventually, I was into YA. Then it was a mere hop into adult stories.
It's when I began writing adult stories, namely erotica, that my husband snapped to attention. He's always willing to check my story's authenticity, of course.  But I digress, for if it hadn't been the fact I was in a small grocery store in Tempe, Arizona buying groceries for my son and happened to see confession magazines, I'd still be writing for children.
I'd picked the slowest line, as usual.  Rule of thumb: never get behind me on a grocery line.  As I waited, I picked up one of the magazines and began to thumb through it.  My son read the banner, “I Was a Pool Slut” and went ballistic.
"Put that down, Mom, before somebody sees you."
"I could write this stuff," I told him.
"But you write for children.  What are you gonna write; pornography for kids?"
Anyway, I purchased the magazine, which my son wouldn’t let me put near his food, and wrote my first adult story later that night. That story was published and 200 more followed before I left the confessions market to write with a byline. However, during the time I wrote confessions, I wrote for the African-American magazines as well as the Caucasian ones. Eventually, that led me to writing interracial as well as erotic stories, which I wrote under the pen name Candy Caine. My non-erotic work was written under the pen name Candace Gold. Also at this time, I began to write my novellas and novels.
In answer to why I write, let me put it this way… Simply put, I write with the hope that people will enjoy my story.  To please my readers is my top priority.  I try to write a little every day, but unfortunately life gets in the way.  But it's the same life that fills my head with ideas that end up in my novels and short stories. The biggest joy that I have ever gotten as a writer was to hear her readers say that she loved my book and that meant something to her. I love hearing from my readers and I listen to their suggestions. They're the reason I'm writing. Without them, writing would be like shouting into an empty room.

Do you write anything else?
No, basically I just write fiction. However, I don’t stick to one genre, though. I have written sweet romance, comedy, confessions, paranormals and steamy erotica. Some of this came about because I had been asked to write a particular story for a publisher. Sometimes my novels contain more than one genre. But no matter what I write, romance, confessions or erotica, it's the story or plot line that is most important to me.  It has to be a good story—especially when it comes to my erotica.  I never have sex for sex’s sake.

What is your preferred genre and why?
I honestly don’t have just one. Maybe two. I write erotica, mainly, because more people seem to be reading it today and I want to please my reader base. However, I do enjoy writing a humorous romantic contemporary every now and then. This gives me a chance to recharge my batteries, as well. Usually, I write erotica for certain publishers and the sweeter romantic contemporaries for other others. So the stories depend on where I'm sending them.
Sometimes, a publisher or editor will ask me to write a particular type of story for them. This has taken me out of my comfort zone, at times, but is made me a more versatile writer.

What is your muse?
My muse or source of my inspiration is the world around me. My brain is like a sponge and whatever is in my head eventually is transferred to the paper. Ideas fly around in my head like bats and every now they develop into a good story. Basically I think my mind is set up like a mousetrap. I get an idea and if I snatch it and put it down on paper before it eludes me, I'll develop it into a short plot idea giving myself a few facts to run with. Though I try to write in a linear fashion, I don't tend to think that way. Sometimes a scene from another place in the book pops into my head. Rather than lose this scene, I'll write it down separately and then when the time comes piece it together with the rest of the book like a jigsaw puzzle.

What other interests to you have?
I love to travel, though I don’t often get to go away as much as I’d like. The world is filled with such beautiful landscapes and the more I see, the more I want to see. It’s an awesome feeling to walk under Niagara Falls or take a jeep ride through Monument Valley in Sedona, Arizona. To see the majestic Grand Canyon or the magnificent sunset in Hawaii, is something I’ll never forget. I guess I'm not the type to hide away on an island somewhere, because I know the rest of the world is out there, waiting for me.
Along with travel, I love to read. Reading and writing go together. Most writers are avid readers, because to do well at your craft you need to know how it's done. One of my favorite quotes is from Cicero. "A room without books is like a body without a soul." How true is that?
How steamy are your books? I put this in because this is something I'm often asked.
In all honesty, it varies. Sometimes I feel like a knob on a gas oven, regulating the flame. When I wrote confessions for the African American magazines, the guidelines called for three graphic sex scenes. The editors of those magazines often changed and brought along with them their own personal guidelines. For instance, some wanted to limit the type of sex act, while others wanted to take them to another level. Personally, since I was also writing for the Caucasian confession magazines, with their smoke and mirrors type sex scenes, it was easier for me to lessen the steam. That was all well and good until a new editor took the reins of several black magazines. She contacted me and told me that she expected sexier sex scenes. When I sent her another story, she sent it back telling me it wasn't hot enough. I thought she was crazy, but if she wanted hot, I would give her a sizzler. That story was probably the steamiest thing I ever wrote and truly took me out of my comfort zone. It took approximately 15 min. from the time I emailed her the story to the time she sent the contract back. She absolutely loved it. And then reality hit me. She would expect every story to be exactly, like that. Talk about shooting oneself in the foot.
Basically my erotic stories are more sensual in nature and definitely not porn. I don’t write my books to titillate. I want my readers to enjoy what they’re reading because it’s a good story. My characters engage in sexual scenes because it’s life. Sex happens. I don’t throw them in bed or on tables just for the sex. There needs to be a reason for their actions.

What type of music do you like?/What are some your favorite movies or books?
Basically I love all music from classical to rock and roll from the 50s and 60s and everything else in between. When I write, I often listen to instrumentals or else I end up singing along with the music. Obviously you can't write and sing at the same time—or least I can't.
Being a romantic at heart, love songs often give me inspiration. A good example of this is when I was younger and working as a manager in Kmart, I sometimes listen to their music. Well, one day I wrote down the titles of six songs. Those titles became the titles of six of my confessions. I actually wrote a story around each title. It's turned out to be a lot of fun. Sometimes, when I can't think of the right title for my story, I looked through my CDs and often get one. In fact, I just did that for a story called Because of You for Arrow Publishing.
My favorite song is called Reverie, which was composed by Claude Debussy. Reverie, written under my other pen name, Candace Gold, became the title of one of my paranormals and takes place mainly in Paris. Since Claude Debussy was a womanizer, my story about his ghost is a very sensual one and one of my favorites.
As far as my favorite movie goes, it's Casablanca. History has always fascinated me. Casablanca is definitely a period piece. Along with that, is one of the most romantic movies. Nobody can deny the chemistry between Ingrid Bergman and Humphrey Bogart. And music plays a big part, especially when Sam, the piano player and Bogart's bar, plays As Time Goes By.
If I was forced to name my favorite book, I would have to say it is The Second Lady, written by Irving Wallace. The ending is what does it for me. You actually don't know how the book ends, because Wallace leaves it up to your imagination. It's just like the famous short story, The Lady or the Tiger. I love to be challenged and entertained when I read a book. It's frustrating for me to figure out how the author is going to and the book, so I'm enthralled when they surprise me. I try to surprise my readers, as well, whenever possible.