WE ARE HAPPY TO INTRODUCE LORNA EAMES TO OUR TALENTED GROUP OF AUTHORS! 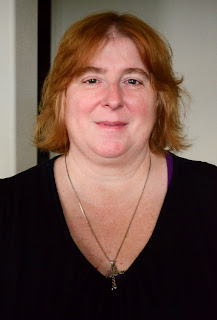 What made start writing?

When the paranormal books first started coming out, I couldn’t get enough of them to read. Some I loved and some were just average. A few co-workers and I were discussing this and I made a comment that I should write my own. They basically called me on the remark and challenged me do it. The first book flowed out  amazingly fast. Of course, it was only a rough draft but those reading it liked it and encouraged me to write more. Actually, they begged me to write more because they wanted to know what was going to happen to the characters in the saga. The next few books took a little longer than the first one. Writing a book isn’t as easy as I first thought it would be. It’s been a learning process that is still ongoing.
How long have you been writing fiction?
The challenge took place about eight years ago, since then I’ve moved from a small town in northern Indiana to sunny Las Vegas still searching for new adventures for my characters.
What is your preferred genre and why?
Paranormal romance is my main focus. Fantasy is a lot more fun than reality and even werewolves and vampires need love. It’s the perfect combination. I’ve always found romance books to be inspiring. They give hope of finding your own happily ever after. I want to inspire that hope to my readers.
Although my main focus is paranormal, I would someday like to write a sports romance, specifically hockey. Urban fantasy might be interesting to try or even sci fi.
Where do you get your ideas from regarding characters and or plots?
I find inspiration in all kinds of things. Sometimes my characters come to me in my dreams and tell me what’s going to happen next. Ideas are all around us in the day to day things going on around us. The news, something someone said or something I’ve seen can all trigger ideas.

What is my muse?
I don’t think I have a specific muse. I listen to music or watch TV while I’m writing. I don’t do well writing in silence, something needs to be going on around me. It keeps my mind working and thinking.
What other interests do you have?
I really love hockey. There’s something about the fast pace that fascinates me and I love a good fight. Watching it in person is better than TV. When you’re in the crowd and everyone is cheering it’s easy to get caught up in the excitement and hockey fans are the greatest. Of course, I love to read. I go to movies frequently. Living in Las Vegas there is a wide variety of restaurants. I love to try new foods and then attempt to make them myself.
What type of music do you like?
My taste in music is eclectic, everything from Mozart to Sick Puppies. Lately, I’ve been into Muse, Theory of a deadman and Shinedown. My favorite go to are the Red Hot Chili Peppers and Rick Springfield. I have a soft spot for boy bands. When my daughters became teenagers I took them to a lot of concerts. Needless to say I’ve seen a lot of boy bands. I think I’ve seen the Backstreet Boys 5 times. There’s something about listening to boy bands that just makes you smile.

Have you ever had an incredible vacation you will never forget? If so tell us about it.
My favorite memories are what my daughters and I call road trips. You pick a destination, do minimal research and get in the car and go. We did an Indiana to New Orleans 4 day weekend over Halloween on a shoestring budget. It was a wonderful time investigating Jackson Square and watching all the nuts in town. The city was packed and we barely found a hotel. For a while I thought we might have to sleep in the car.
Lately I’ve been exploring the west coast. I finally made it to San Francisco. My youngest daughter, Allyson and I are on a quest to visit all the teams that play our local hockey team in Las Vegas, which means sometime soon I’ll make it to Alaska.

What are some favorite movies or books?
I love a good vampire movie because there’s nothing better than a hot vampire. Practical magic, Mary Shelley’s Frankenstein and anything with Johnny Depp in it.
I grew up in a time when TV wasn’t as diverse as it is now. I spent my childhood working my way through the local library. My introduction to romance came through Louisa May Alcott and Jane Austin. Pride and prejudice is a favorite. For a while I was really in to Historical Romances and then I read my first Laurell K Hamilton book. I’ve been hooked on Paranormal Romance ever since. Narcissus in Chains is my fav Anita Blake book so far. I do find Steampunk interesting and have been reading Bec McMasters’ series.

Is there anything else you would like your audience to know about you?
I’ve been a nurse working night shift for the past 20 years. I started out in long term care until I moved to Las Vegas about 5 years ago. When I moved, I rented an apartment sight unseen, had no job and didn’t know anyone in town. My daughter, Allyson and our 2 cats made the trek while my daughter, Melissa chose to stay in Indiana with her husband, Chris. It was hard leaving them behind but the adventure is worth it. Las Vegas truly is the town that never sleeps. When I moved I never thought I’d end up working as a nurse at a rather large county jail. I can honestly say my job is entertaining, especially around a full moon.
I recently joined the Las Vegas Romance Writers, which is a local chapter of the RWA. I’ve learned so much in just the short time I’ve been a member. I put the things I learned in to practice in my book and made some major changes which I believe helped to get it published. I would encourage anyone interested in writing to get involved with a writing group or organization because no matter how much we think we know there’s more to learn.
What is your next book?
I recently signed with Crimson Frost Books to have my first book Witchy Woman published. Hopefully it will be the first of many. Witchy Woman is the first of a series revolving around the Dragomir wolf pack.
Life can be a challenge when you’re a witch under a centuries old curse, especially if you’re doing everything under your power to fight your destiny. Alex Dragomir thinks her life is under control. She doesn’t actively use magick and there hasn’t been a werewolf yet who stirred the curse within her earning her the title of Ice Princess among the males of the local pack.
Everything changes when the pack comes under attack by rogue werewolves specifically targeting Alex. Riley LeCount, enforcer and totally delectable werewolf, steps up to be her bodyguard putting her in constant contact and stirring embers of the curse to life. Turning back to the magick Alex once fled seems her only option to help uncover the secrecy behind these attacks but its use also draws her closer to Riley, as they discover the ability to meld their preternatural powers to fight the enemy together.
Along with the curse comes her uncontrollable response to Rumor, the enigmatic bad boy who thwarts her progress with Riley, attempting to lure her to his bed. Add to that the dream-walker who attacks in her sleep and Alex has some real trouble. A tarot reading reveals she must soon choose between the dragon and the beast that stalks her dreams. Fighting new found feelings of desire and finally facing her magickal heritage take its toll on her sanity, making her question everything and everybody. Who can Alex trust and will her growing powers be enough to save her from the fate awaiting her?


You can find me on twitter, facebook, pinterest and my website which should be up soon. lornaeames.com
Thanks so much for this opportunity to get to know you.  I look forward to reading Witchy Woman and many more of your books.
Ciara Lake
Posted by Unknown at 17:27