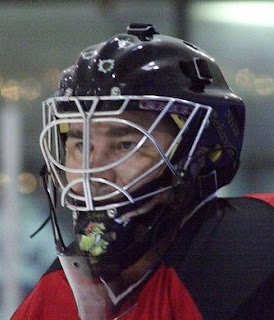 What made you want to write? Wow! It dates back to junior high school, I think. I started writing a short story.  I've always had a good imagination and like to express it.
How long have you been writing fiction?   Do you write anything else? Aside from my one attempt in Jr. High, I seriously began writing about 10 years ago, I guess. Thats when I started saving my work and expanding on it.
What is your preferred genre and why? I love writing erotic stories. I like to write something that will leave a woman breathless when she reads it. It's always a challenge to be creative with it and avoid being repetitive.
What is your muse? Hmm. That's a tough one. Different things at different times. Usually though if I'm planning to write, it starts with a hot cup of coffee or some Earl Grey tea.  Music usually helps grease the wheels as well. When I'm writing, I like listening to something more relaxing. Sometimes classical, sometimes big bands (Glenn miller, Tommy or Jimmy Dorsey, Count Basie, that sort of stuff.) I also like listening to Enya. That really appeals to my Celtic ancestry and gets the creative juices flowing.
What other interests do you have?  Tell us who R.B Michaels is. I love spending time with my kids. I have a daughter who is 13 and a son who is 9. They are my everything. I enjoy playing ice hockey. I play goalie on a men's league team. I know it's kind of an anomaly to be a hockey player and a romance writer, but I guess I'm sort of a Renaissance man. I work as a nurse. Right now I'm an LPN and am working on getting my RN. Also, my son and I have pet snakes. We have a Corn Snake (Chloe), a Ball Python (Ramses) and a Central American Boa (Rosa)
What type of music do you like? Pretty much everything- except rap. In addition to what I listed early, I also enjoy country, oldies (50's and 60's) and classic rock. It's not unusual for me to listen to Ted Nugent for a while, then switch to Frank Sinatra or Mozart.
Have you ever had an incredible vacation you will never forget?  If so, tell us about it. OH BOY!!! Yes, one in particular comes to mind. I was 20 years old and went to St. Martin. I was staying on the French side of the island. I didn't know when I went there that ALL the beaches on the French side were topless for women. Having been born and raised in Oklahoma, the thought had never even occurred to me. I went out to the beach the first day and there was about 10 women out there with no tops on! I thought I'd died and gone to boob heaven! What can I say? I was a 20 year old single man! LOL
What are some of your favorite movies or books? Gone With The Wind has always been one of favorite movies. Incredible story. And for the time period in which it was made, fantastic cinematography. True Grit (the original with John Wayne) is another one. That role seemed to typify John Wayne. As far as books, I've always enjoyed reading Tom Clancy's books.
Is there anything else you would like your audience to know about you?   What makes you special? I really enjoy making a person feel good. Whether it's a patient I'm taking care of or someone reading one of my stories that gets all warm and tingly, putting a smile on people's face makes me smile
What is your next book and when do you expect it to be published? My next book will be Black Baroness... A woman goes into a hotel bar, flirting and teasing men then sending them down in flames...until she meets her match! I think it's due to be released late summer or early fall. 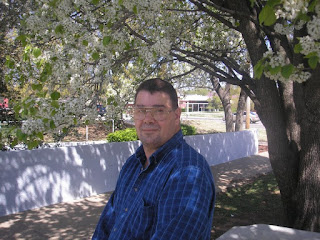 It was great getting to know R.B, I hope you all enjoyed this excerpt of who he is?  Stay tuned and enjoy his upcoming release with our house Black Baroness.
Thanks, and have a great weekend,
Celeste
Posted by Unknown at 06:37