WELCOME P.A. BROWN TO OUR HOUSE! 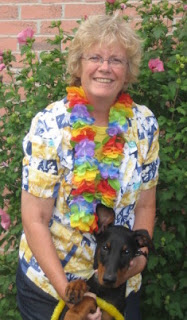 What made you want to write?


Part of it's a compulsion and part of it is more pragmatic. I was terminally shy when I was younger and literally could barely speak to strangers. But I could write stories and say what I was thinking or dreaming about. I was always thrilled when the teacher would assign an essay or story to us. Especially if I could pick what to write about.


How long have you been writing fiction?   Do you write anything else?


I wrote my first 'novel' when I was 17. But I wrote fiction from a much earlier age. I wrote a fiction story in Grade 5 that my teacher praised -- the first time anyone told me my writing was good. I wrote a poem in that class and gave it to him and found out years later from his daughters that he still had it and they knew all about me. That was a real ego booster, something I think writers need in the beginning since we usually face so much negativity from our family and friends.


What is your preferred genre and why?


I started writing science fiction and over 20 years wrote around 8 novels--one was rewritten about 4 times. In 2000 I realized I had stopped reading SF and read mostly crime fiction, so I figured I should try my hand at a mystery novel. I still had strong memories of the 8 years I spent in Los Angeles so I decided I'd set it there. That turned out to be the first book I published. It came out in 2006, the year I turned 50. But after 13 novels, most crime fiction, I became interested in historical fiction. When I saw The Gangs of New York I was inspired to write a story set in that area and hit upon the idea of putting two naive Irish immigrants into America's worst slum, Five Points and see how they fared. That led to a sequel, then a novel set in 1929 Los Angeles about a corrupt cop during Prohibition.


Where do you get ideas from regarding characters and or plots?


Often ideas seem to come from books or movies/TV. Other times I get a character in my head and want to tell his story. Plots tend to unfold as I write. I've never had any luck outlining.


What is your muse?


This grizzled old man squatting in the corner smoking a pipe and guzzling Budweiser's asking me why the hell I'm sitting there playing Angry Birds when I should be writing. He's a real nag. Honestly, I'm not sure I have one. I do have voices in my head though who tell me things and if I want to keep them quiet I have to write.


What other interests do you have?


I love horses and horseback riding, though these days I have to do it vicariously since I can't afford it these days. I enjoy bird watching. I also love traveling and going to writer's conventions. Cooking--I make an incredible pizza from scratch. Reading, of course and I absolutely love Doberman Pinschers.


Have you ever had an incredible vacation you will never forget?  If so, tell us about it.


Back in the mid-70s I spent a week in Scottsdale, Arizona, riding in the Sonoran desert nearly every day. It was the first trip I made on my own. Since then I pretty well always travel alone. I went to L.A. for 2 weeks a couple of years ago and stayed in a hostel. I almost made it to New York this year but couldn't afford it in the end. I would have stayed in a hostel then, too. They're great ways to travel cheap.


What are some of your favorite movies or books?


Favorite movies: L.A. Confidential, Lord of the Rings, How to Train Your Dragon, I Am Legend, Aliens (it was the best of the series). Favorite books: Ender's Game, The Mote in God's Eye, The Poet, Lincoln Lawyer (loved the movie too), The Virgin Cure, Lonesome Dove, L.A. Noir (non-fiction) and A Bright and Guilty Place (also non-fiction) both books are about the darker history of L.A.


Is there anything else you would like your audience to know about you?   What makes you special?


I've always been a 'jump and ask questions later' kind of person. I ended up on a Greyhound bus when I was 22 going to Los Angeles which I knew nothing about. I spent 8 years there. I lived in a car for a month in Hollywood. When I turned 40 I went back to school and became a Network Engineer, ending up with a job in Bermuda, where I spent 2 years living on pink beaches and trying to ride a scooter in traffic from hell. In 2007 I got seriously ill, was paralyzed from the neck down and had to learn to walk again. I haven't lost the travel itch and I confess I'd move again tomorrow just to go someplace I've never been if I could.


What is your next book?   Tell us about it.
Dragons of Winter 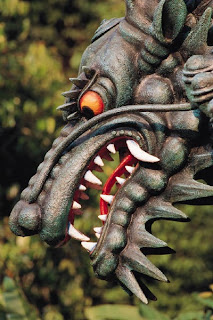 http://pabrown.com
It is perfectly okay to write garbage--as long as you edit brilliantly - C. J. Cherryh
Thank you P.A Brown, for sharing your wonderful book through our house.  We look forward to reading the upcoming release, Dragons of Winter.
Celeste